（By Jae Young Lee, Paolo Hernando and Nyaung Tai）Businesses and the general public in Myanmar are divided on the recent bold policy move to hike electricity tariffs. But the big question is: how can the electricity reform contribute to the country’s development?.

On one hand, the business community seems to be accepting of higher tariff rates as that could lead to a more stable power supply with less power outages. This in turn could bring down maintenance and other production costs with lower use of other costly sources of energy such as diesel-powered generators during power outages.

On the other hand, many households may find the tariff increases too steep given the country’s low per capita income. The higher power tariffs mean that consumers will not only have to pay more for their personal electricity consumption at home, but also for other goods and services that require electricity.

Since Myanmar embarked on economic reform and opening its market in 2012, it has witnessed rapid economic growth averaging almost 7% in the past seven years along with a sharp increase in electricity consumption. According to AMRO’s 2019 Annual Consultation Report on Myanmar, electricity use in the country increased by an average of 15% annually from 2012 to 2018.

Until the recent tariff increase, households in Myanmar enjoyed the lowest electricity tariffs in the region — around US$ 0.2-0.3 per kilowatt hour, compared to US$ 0.6-US$ 1.2 per kilowatt-hour in other low-income countries in the region — which resulted in high electricity consumption by households. The low rates also contributed to under-investment in energy infrastructure, as the government has limited funds while the private sector has little incentive to invest in risky and low-yield projects. Demand outgrew the limited electrical supply in Myanmar, giving rise to frequent power outages and hampering manufacturing. Poor energy infrastructure and the lack of a stable power supply are cited as reasons holding back foreign and domestic investment in Myanmar. 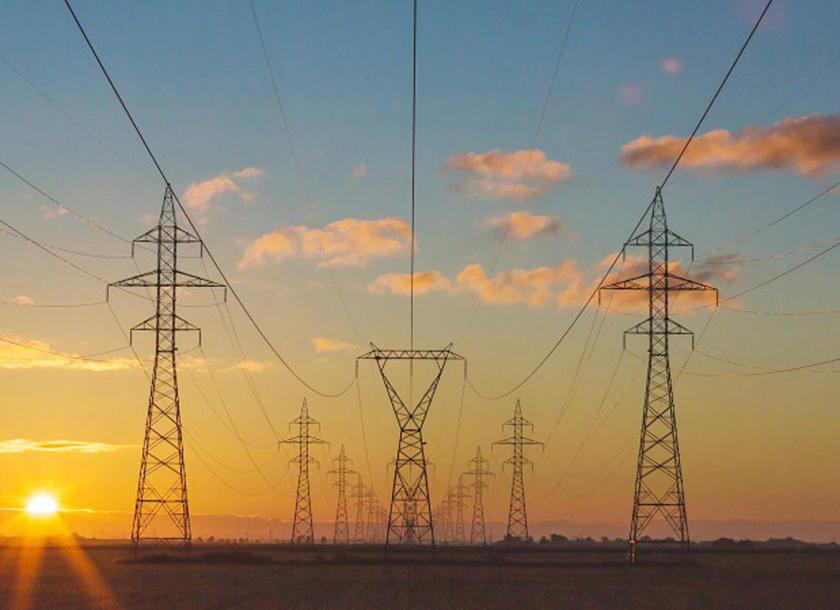 Over the years, the Myanmar government has taken measures to address the urgent electricity shortage, including opening up the electric sector to private sector investment with the passing of the New Electricity Law in 2014. The government has also been mindful of the need to upgrade the energy infrastructure to meet the country’s rapidly rising demand.

Another important achievement was the doubling of the total installed capacity to generate electricity from 2,682 megawatts in 2010 to 5,642 megawatts in 2018. The government launched the National Electrification Plan in 2015 to increase energy access from 28% to 75% of the population by 2025 and achieve full electrification by 2030. The government seeks to realise that goal mainly by expanding its main grid capacity and increasing access to off-grid power in remote areas.

While these initiatives are commendable, they are not sufficient, as there are structural issues that need be urgently addressed, such as subsidised electricity tariffs, bottlenecks in investment in electricity infrastructure, and weak capacity in electricity-related state enterprises.

In this regard, the increase in electricity tariffs in July 2019 is an important reform that will incentivise structural reforms in the electricity sector.

First, the tariff hike will help reduce electricity overconsumption and wastage, and encourage more efficient use of electricity. Higher electricity tariffs would encourage individuals and businesses to be more prudent with electricity use. By focusing on energy conservation, households will enhance energy efficiency, contributing to stronger economic development.

Second, higher tariffs will also increase the financial viability of commercial power plants and make them more attractive for private investment. This has positive long-term implications for Myanmar’s economic development, as increased private and foreign participation will lead to a more modern, efficient, and commercially-viable electricity sector ecosystem.

Third, it will help significantly reduce the fiscal burden from electricity subsidies arising from selling electricity to the public at a price below cost. The strengthened fiscal position will allow the government to divert resources from subsidies toward financing necessary electricity infrastructure investment, particularly through the expansion of the main grid and improvement of off-grid access. Mandating a higher public utility price is a difficult policy decision, and many governments hesitate to move forward with policies that are unpopular. In this sense, it is very commendable that the government has pushed ahead with the hike in electricity tariffs. To promote public acceptance of the reform, the government needs to communicate more effectively with the public about the medium- to long-term benefits of the tariff hike. In its communication with the public, the government should highlight that a more efficient and electricity sector will increase economic growth, generate more jobs and help achieve the desired social outcomes of greater equity and development for the country.

Moving forward, the government must seek to reduce inefficiencies in power generation, transmission and distribution, particularly for state-owned enterprises in the electricity sector. It should also provide sound policy support and regulations to the sector to encourage more judicious and conscientious use of electricity.

In Myanmar, the electricity sector has been a growth bottleneck for a long time now. The bold electricity tariff reform by the government is set to address this bottleneck, benefiting both businesses and households, as Myanmar sets its sights on a brighter future.