Ecology and Wisdom, Key Words for the Upgrading and Development of Liuzhou Industry 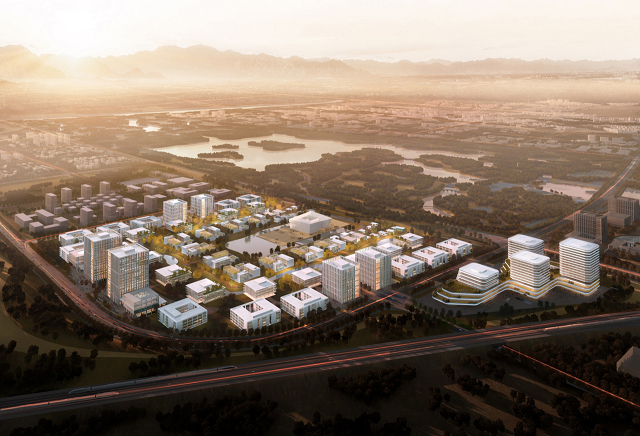 In the interview, Jin Yu specially mentioned that the first phase of Guangxi industrial design city, with a total construction area of 952,000 square meters and a total investment of RMB 4.7 billion yuan, is under construction now, and is expected to be completed in 2021. The project mainly constructs headquarters, service centers, laboratories, incubators, designer apartments, hotels and commercial auxiliary facilitis.

In addition, the construction of smart grid standard plants, with a total land area of 318 mu, a total construction area of 252,000 square meters and a total investment of about RMB 850 million yuan, has started and is expected to be completed in 2020; The construction of factories, covering an area of about 90 mu under the semi-solid die-casting aluminum alloy formwork project of Guangxi Borui’en Medal Technology Co., Ltd. has almost been completed in only two months, and is expected to be put into production in half a year; The first phase of Liuzhou big data industrial park and entrepreneurial park (robot standard workshop) are also expected to be completed in 2020. All this reflects the “Liuzhou speed” which promotes the development of the real economy. 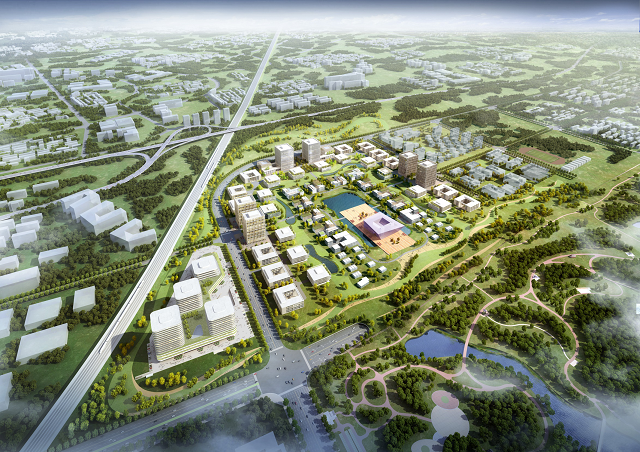 “The Northern Ecological New District is the first one in Guangxi. It is an important area bearing the development hope of Liuzhou in the next 10 years.” In the second year of the construction of the Northern Ecological New District, Zheng Junkang, Secretary of the CPC Liuzhou Municipal Committee, placed high hopes on the development of the ecological new district.

The Northern Ecological New District is rich in natural resources and high in forest coverage. Therefore, “ecology” is an important objective for its development.

When it comes to “ecology”, we have to mention the wetland park. It is said that it will be built into a national level wetland park with the theme of “bamboo culture” and highlight the characteristics of colorful flowers which reflect the diversity of the ecological environment, so that people and factories in the Northern Ecological New District are surrounded by the beautiful scenery.

In addition to “ecology”, “wisdom” is another key word of the Northern Ecological New District. According to Jin Yu, the Northern Ecological New District will follow the development connotation of “intelligence and ecology”, focus on the cultivation and development of six strategic emerging industries, guide the development of modern service industries and lead the ecological new district to form an intelligent and green high-end industrial cluster. 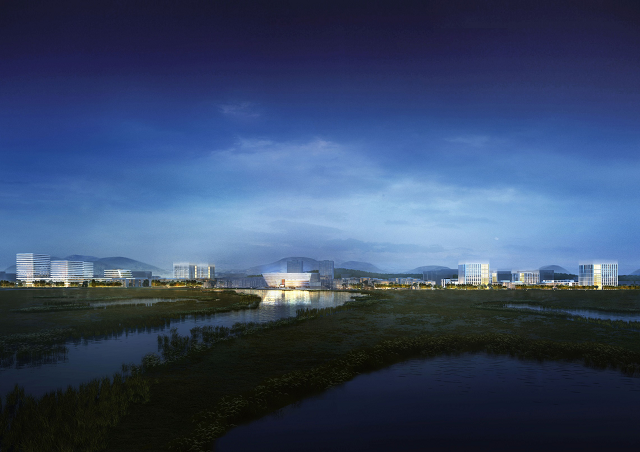 “Innovation” is an inexhaustible driver for the development and progress of the times. China and most ASEAN countries are developing countries. Both China and ASEAN regard innovation as an important means to promote sustainable economic and social development. For Liuzhou, a major industrial city, the layout of industrial design and innovation industry development is increasingly clear, thus, design innovation promoting industrial upgrading just like splitting the bamboo — without difficulty. Moreover, Liuzhou has established good international trade cooperation with ASEAN countries in heavy industries such as automobiles and construction machinery.

The China-ASEAN Industrial Design and Innovation Forum, which has been held in Liuzhou since 2018, provides a practical platform for both sides to learn from each other, to develop together and to deepen cooperation and exchange in industrial design and innovation. Through China-ASEAN Industrial Design and Innovation Forum, Liuzhou will form a cooperation platform facing ASEAN with distinctive characteristics.

The construction of this “bridge” is the expectation of all and the necessity of the times. Although the outbreak of the novel coronavirus since January 2020 has produced a great impact on all walks of life, a wave of construction will be launched across the country after the outbreak. On the way of future development, “wisdom” and “ecology” are critical in Liuzhou’s industrial upgrading and development, and will make this land continue to burst out new vitality.