3 Things To Know About The ASEAN Infrastructure Buildout

Infrastructure is the watchword in ASEAN. Over the last few decades, much progress has been made, but this is an area where sustained growth is likely. Here are 3 things that you should know about ASEAN’s infrastructure buildout:

1) Infrastructure is Going to be Huge

We know large parts of ASEAN are under-built, but to what extent?

The Asian Development Bank in its 2015 ASEAN Investment Report on Infrastructure and Connectivity estimates that the region needs $110 billion per year until 2025 in infrastructure spend.

Focusing on the ASEAN-6, my colleagues and I have estimated that Indonesia, Vietnam, Singapore, Malaysia, Thailand and the Philippines could see collective government spending of $84 billion this year.

Domestic funding is going to be a big factor buoyed firstly, by rising savings rates and secondly, from domestic borrowing.

When thinking about savings rates, consider this: there are instances where current account deficits are now surpluses in many countries, helping to create net domestic savings. The table below shows this. 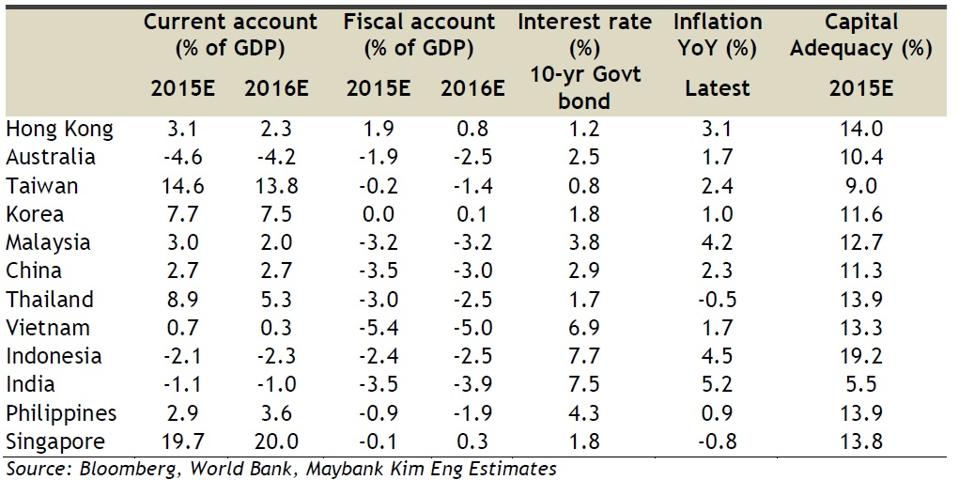 Moreover, savings rates look set to rise on the back of ASEAN’s young demographic and urbanization trend. A 2%-point increase in savings rates for the ASEAN-6 means $47.4 billion in additional savings. In the context of the ADB’s $110 billion a year target for all of ASEAN, this is a significant proportion of funding needs. 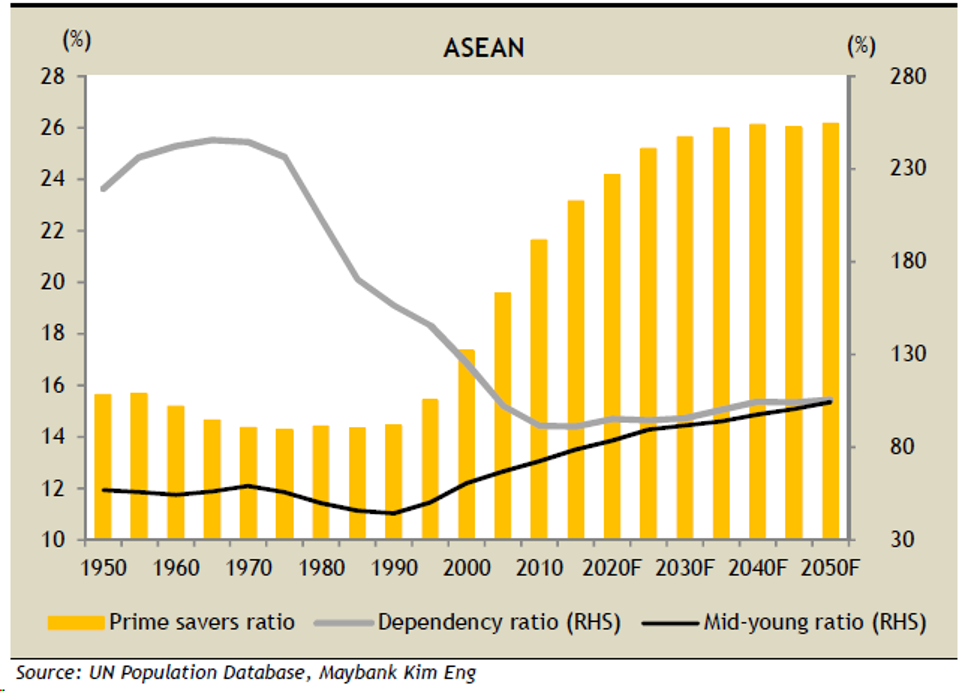 The bulk of ASEAN is also underleveraged. The table below shows the breakdown of aggregate debt to GDP for Asia by household, non-financial corporate and government debt. The levels in Indonesia, the Philippines and Thailand are notably low, which means that they can afford to expand their balance sheet.

Figure 3. Debt to GDP Distribution in Asia, as of September 2015

Moreover, a domestic credit boom is a marked possibility. If interest rates globally are to stay low for a prolonged period of time and disinflationary pressure persists, then interest rates in markets such as India, Indonesia and Vietnam may ultimately be too high. Domestically, infrastructure spending that reduces bottlenecks and allows inflation to be more manageable could mean that interest rates can fall and do so substantially and sustainably.

Notwithstanding all of the above, external funding still has a part to play. In Vietnam for instance, the state budget and other forms of development assistance may meet only half of the budgetary needs over the next 10 years. Private-Public Partnerships are therefore a must – not an option. A similar situation is apparent in Indonesia. Government funding is important there but mainly for land acquisitions and basic infrastructure such as bridges and water dams. The government has limited funding capacity when it comes to bigger projects such as power plants, high-speed railways and toll roads so it normally engages SOEs and/or private companies, mostly through public private partnerships.

It is intuitive that countries with lower rates of corruption tend to attract more of the private sector to build capital stock, and the chart below bears this out. The higher the corruption percentile, the better the institutional system. Hence, Singapore fares the best and is also the most attractive to the private sector for capital stock building. The biggest improvements in recent years have been in Indonesia and the Philippines, which are encouraging signs but the readings for Cambodia and Laos remain very low. There is still work to be done.

Figure 4. Corruption Percentiles and Private Capital Stock as % of GDP 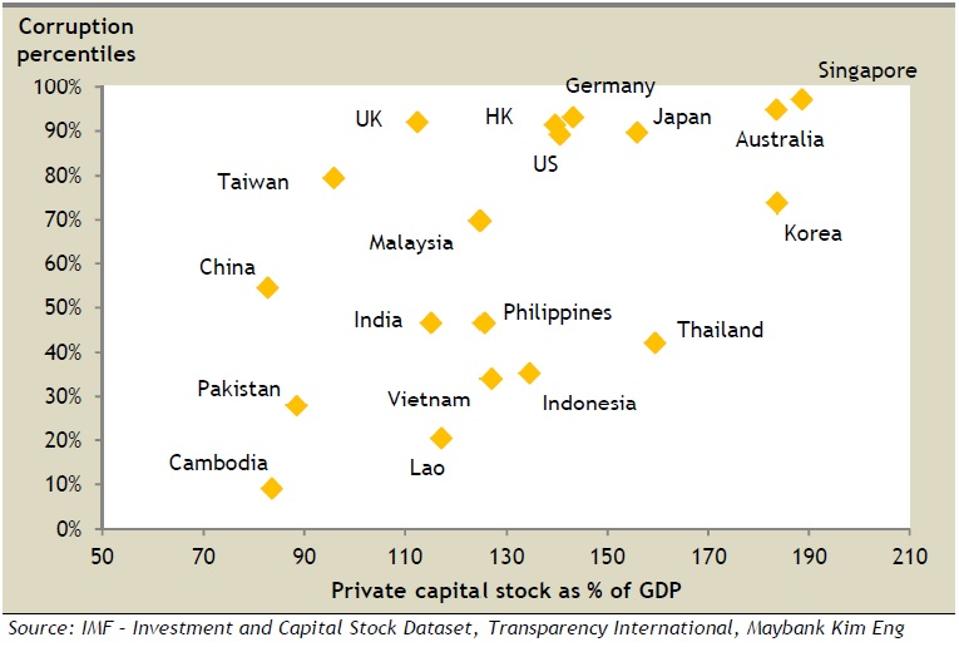 Bottlenecks that occur in the land acquisition phase is another potential impediment. This problem is evident in countries like Thailand, Indonesia, the Philippines and Vietnam where transport infrastructure is a pressing issue and land is urgently required. Even if there are laws in place like the Philippines’ “Right-of-Way Act”, it boils down to the effectiveness of implementation.

Overall, infrastructure is an area that looks set for sustainable growth and ASEAN’s future is bright. Cross-border trade and investment flows will rise as infrastructure improves. But the transformational effect of such development goes beyond the economy - better and more roads, rail and power facilities will directly benefit millions across ASEAN so we should hope that these projects get expedited.